With utility bills taking up a substantial amount of income, homeowners are looking for ways to cut such expenses. As a new homeowner, one of the best strategies to reduce your water bill is by drilling a borehole. There is no denying that such a project is an expensive venture, but it could help you save a lot of money in the end. However, while a professional is required to do the job, it pays to know aspects to avoid before water boring. This article provides information in this regard.

One of the fastest methods of spreading disease is via the anal-bocal route. It occurs when bacteria and virus found in the fecal matter of an infected person make their way into underground water sources. Since bacteria can travel as far as 150 feet underground from where human waste lies, you want to drill your borehole as far away from your septic tank as possible. For instance, if you have a sizeable compound, it is ideal to drill the well at least 15 meters away from the septic tank. Doing so allows the clay, silt, and sands enough time to remove any contaminants from the water.

As mentioned above, you should drill your borehole as far away from a septic tank as possible. However, this will only work if you have a big compound. However, if yours is a small lot, then that should not keep you away from sinking a borehole. One way to go about the situation is to drill up-gradient and not down-gradient. The strategy takes into account the fact that underground water flows down gradient. Notably, it might be difficult to tell the direction in which groundwater flows; however, the general rule is that water follows in the direction of the slope. Once you know the gradient of your compound, then positioning your borehole should not be a problem.

The rocks you find on the surface of your compound tell a story on what is going on beneath the ground. Small stones should not be a problem as such, but big boulders are an extension of what you are likely to find underground. Therefore, you need to avoid drilling the borehole anywhere near rocks, as it will cost you a lot of time and money to make your way underground. It is because rocky ground hinders the flow of underground water into the hole, which might hinder you from drilling deeper. 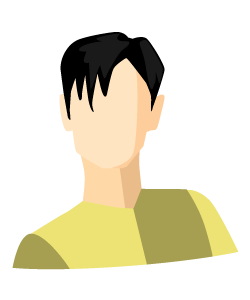 Hello! Welcome to my blog. Even if you live in a small house, you can turn it into a palace. Believe me, I know this is possible because I made it happen to my little property which is located in Sydney, Australia. However, in order to achieve your dream, you may need a little help. I worked with a series of contractors who helped me to transform the interior of my home to create more space and to improve the functionality of the kitchen. The team of contractors were great and I learnt a lot. I hope you like my blog.

What Is Involved With a Shopfitting Job?
16 December 2022
If you are considering a career as a shopfitter or have seen a shopfitting job advertised and wonder whether or not you have the right sort of skills …

Property Development Tips
6 October 2022
If you plan to develop commercial property, you might have many ideas on how to go about the development. However, a professional opinion goes a long …

3 Primary Reasons to Invest in Construction Vibration Monitoring Systems
1 August 2022
Before embarking on any construction project, you must critically think if your project will require vibration monitoring services or systems. Project …